DES MOINES, Iowa - Nominations are open for the 2021 Iowa Women of Achievement Awards presented by Women Lead Change (WLC). The award recognizes the contributions of historical Iowa women who made outstanding and lasting contributions to the citizens of Iowa, the nation, or the world. Completed nominations are due by Sept 1, 2021 at https://www.wlcglobal.org/awards/women-achievement.

Up to three (3) awards are presented annually and commemorated with honorary plaques on the Iowa Women of Achievement Bridge in downtown Des Moines. 2021 honorees will be selected by a volunteer committee and honored at a luncheon at the Women Lead Change Central Iowa Conference on Oct. 27, 2021, at the Iowa Events Center.

Nominees should be historical (deceased) women who: were born in Iowa, achieved prominence within Iowa, or had been a resident of Iowa for an extended period after achieving prominence elsewhere. Nominations remain current for three years and may then be resubmitted if not previously selected.

Nominees will be selected on merit in the following areas:


Iowa Women of Achievement who are currently honored on the bridge include:
IWLC d/b/a Women Lead Change is a non-partisan, 501(c)(3) non-profit dedicated to the advancement, development and promotion of women, their organizations, and to impacting the economy and future workforce. For more information visit www.WLCglobal.org. 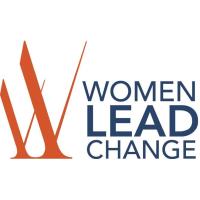