The Valley West Mall and surrounding area project would include approximately $262 million in private investment by Watson Properties, the owner of Valley West Mall, and infrastructure projects to support the redevelopment. The estimated total cost of the project is $278 million. The City is requesting $30 million in state assistance from the Reinvestment District program.

Community and Economic Development Director Clyde Evans said the University Avenue Corridor Study confirmed that the redevelopment of the Valley West Mall area was critical to the economic health and stability of the entire retail and business corridor.

“The market analysis and interviews with property owners, local brokers and developers told us a great deal,” Evans said. “It’s clear that without a significant overhaul and transformation of the mall site, other property owners will not make investments in their properties, and the University Avenue corridor in Clive and West Des Moines will decline.”

Evans said the Valley West Mall redevelopment would be anticipated to occur in two to three phases over a projected three-year timeline (see attached renderings). The project would include:

4. Another 240 units of multi-family residential is also planned along with an additional outdoor public gathering space focused around a second stormwater retention pond.

Evans said that with the redevelopment, City staff and the private owners involved with the project are projecting an increase in valuation of approximately $100 million. If approved, the City will have one year to submit an application. 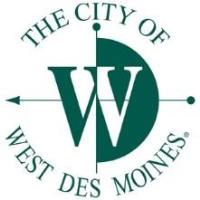