Born in Tennessee, Swann attended the University of Southern California and played football as a wide receiver where he was a consensus All-American. He is regarded as one of the greatest wide receivers of his generation. He was drafted by the Steelers in the first round of the 1974 NFL draft. With the Steelers, Swann won four Super Bowls, was selected to three Pro Bowls, made the 1970s All-Decade Team, and was named MVP of Super Bowl X. Swann was inducted into the Pro Football Hall of Fame in 2001 and the College Football Hall of Fame in 1993. He served as the President's Council on Fitness, Sports, and Nutrition from 2002 to 2005, and worked as a football and sports broadcaster for ABC Sports from 1976 to 2006. During his time at ABC, Swann broadcast a variety of events as a host, reporter, and analyst. Included in these events are: the 1976 Winter Olympics, the 1976 Summer Olympics, the 1980 Winter Olympics, the 1984 Winter Olympics, the 1984 Summer Olympics, the 1988 Winter Olympics, the Iditarod Trail sled dog race, International Diving Championships, USFL, college football and Monday Night Football, the Kentucky Derby, Preakness Stakes, Belmont Stakes, the Irish Derby, ABC's Wide World of Sports, and Curt Gowdy's The American Sportsman. He even made an appearance, playing himself, in the 1998 Adam Sandler comedy feature film The Waterboy.

Registration is now open and can be completed on the WDM Chamber website. The pricing structure is as follows:

The Annual Dinner is the WDM Chamber’s largest fundraiser of the year. While the event is being held primarily virtually, there is limited in-person seating available to sponsors and multiple pricing levels available. Contact anna@wdmchamber.org to request information on pricing and benefits.
###

About the WDM Chamber of Commerce
The mission of the West Des Moines Chamber of Commerce is to champion all things West Des Moines by strengthening our area companies, providing personalized resources and attracting a top workforce to position WDM as the best suburban city in America. With 700+ members, we provide something for everyone. Learn more about the chamber and how to get involved at wdmchamber.org. 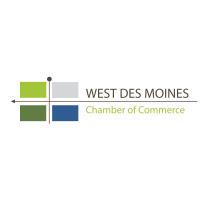