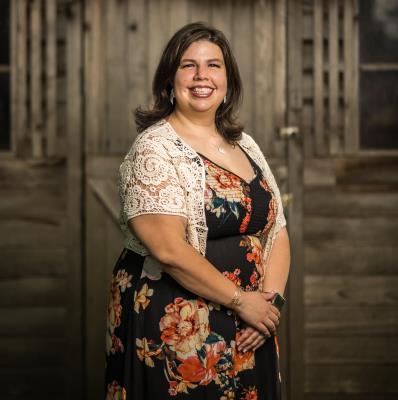 Vanessa C. Marcano-Kelly is a native of Caracas, Venezuela. She is a certified court interpreter in the state of Iowa, owner and lead linguist at Caracas Language Solutions, LLC since 2015. She is also a contracted translator with Principal Financial Group, a Fortune 500 Company.

Vanessa specializes in community, conference, and legal interpretation, as well as translation, subtitling, and some voice over work. She began regularly interpreting and translating during her work as a community organizer for Iowa Citizens for Community Improvement from 2012 to 2014, and a year after realizing her passion for this profession, she obtained the Iowa Spanish Court Interpreter Certification, which she has held since 2015 (Class A).

Vanessa’s interpretation and translation experience is varied and multifaceted. Past performance includes: Sen. Bernie Sanders, Iowa Governor Kim Reynolds, former Democratic presidential candidates Sec. Julián Castro, Mayor Pete Buttigieg, and Sen. Elizabeth Warren; community meetings with the US Department of Labor, former US Congressman Tom Latham, Pulitzer Prize-winning journalist Sonia Nazario, among others. Vanessa is the 2014 recipient of the LULAC Iowa Latino Leadership award, a 2014 graduate of the Latina Leadership Initiative and a 2015 New Leaders Council Fellow. She graduated with honors with a BA in Global Studies and French from South Dakota State University, and received a judiciary interpretation and translation specialization certificate from Des Moines Area Community College. She serves on the board of directors of the Des Moines Film Society, and the inaugural board of the Iowa Migrant Movement for Justice.