Join the West Des Moines Chamber of Commerce for a special luncheon featuring leaders from our four Division I athletics programs in the state of Iowa! 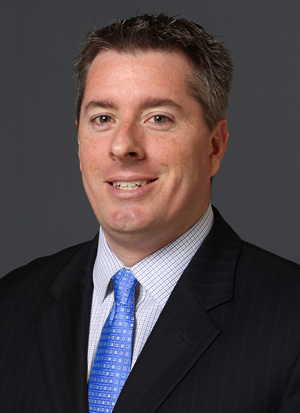 As deputy director and part of the athletic department's executive team at Marquette, Hardin helped oversee the university's 16 varsity sports, more than 300 student-athletes, and nearly 100 full-time employees. His work in the department's business development and external engagement areas generated more than $11 million annually. Hardin was part of five BIG EAST championship programs, which were the first BIG EAST championships won by their respective programs in school history.

At Marquette, Hardin served as sport administrator for men's soccer, men's tennis, and men's and women's cross country and track and field, as well as advised the athletic director on matters pertaining to men's and women's basketball. He oversaw marketing and fan engagement, ticket sales and strategy, ticket operations and service, merchandising, licensing, corporate partnerships, and was liaison with the affinity group for student-athlete alumni

Hardin was born with a Bulldog spirit; both his parents are Drake alumni. Bob and Jan Hardin graduated with bachelor's degrees from the School of Education in 1973. Bob, who teaches and coaches cross country at Valley High School in West Des Moines, returned to earn his master's in education in 1987. Brian is a 1998 graduate of Valley High School, was a Drake Relays champion while in high school and competed at the Relays at the university level all four years while attending Marquette.

While a student at Marquette, Hardin worked as a student assistant in the sports marketing and sports information departments. Hardin ran on the university's track team and was a letter winner all four years, serving as a team captain his senior year. Immediately after graduation, he interned for the sports information department at Loyola University of Chicago before joining the media relations team for the Chicago Bears. Returning to collegiate athletics, Brian joined Notre Dame as their director of football media relations in 2006, moving on to Ball State University where he eventually rose to interim director of athletics.

Brian and his wife, Cara, have three sons—Noah, and twins Elliot and Bennett. 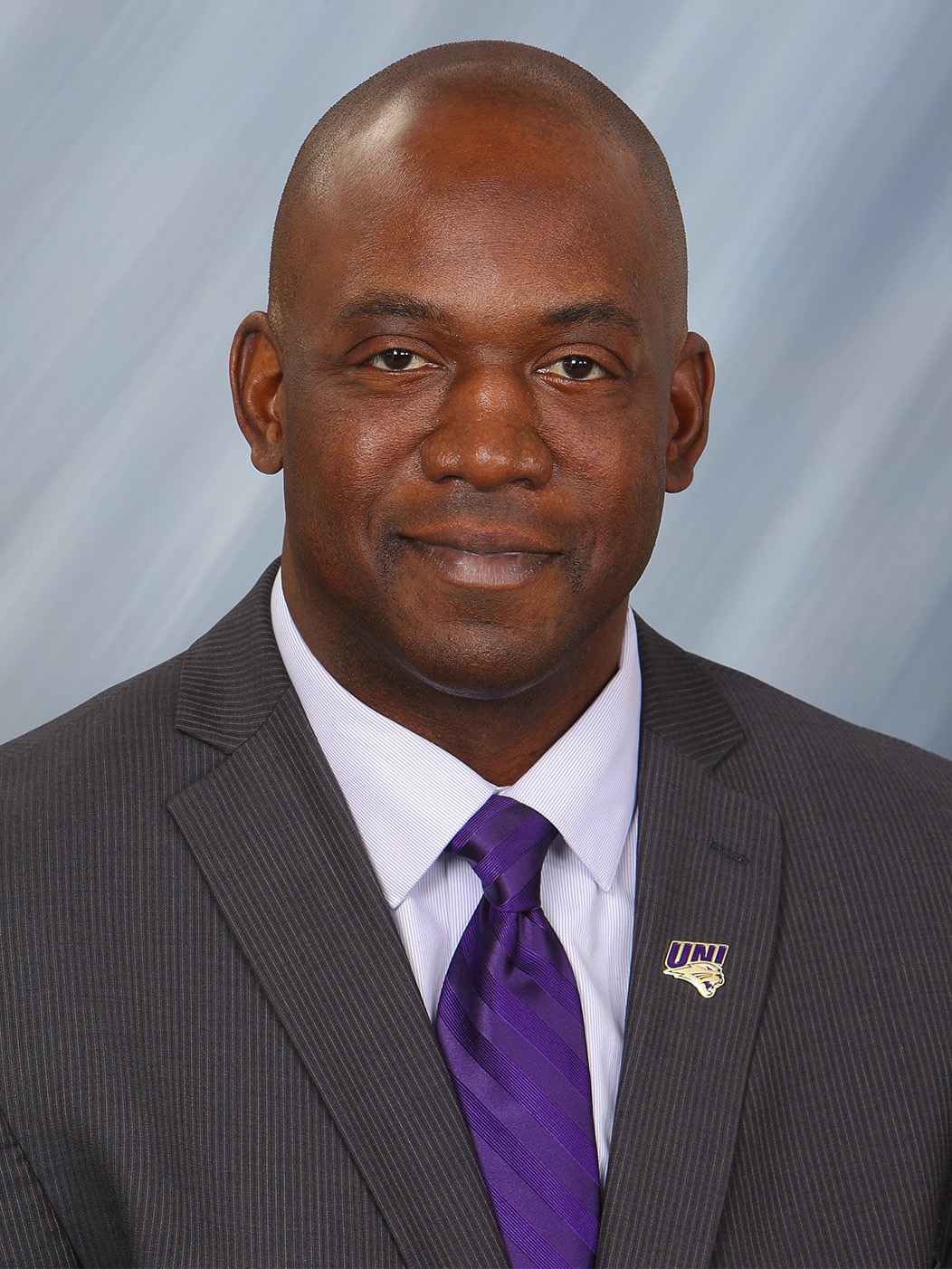 In the fall of 2022, David Harris enters his seventh year as the Director of Athletics at the University of Northern Iowa. During his short time at UNI, Harris has built a culture of success in the field of play, in the classroom and in the community. He has also distinguished himself as a leader in the Missouri Valley Conference and the NCAA.

Under Harris' leadership, UNI Athletics announced Panthers Rising, a strategic plan to achieve unprecedented success in academics, competition and all of its endeavors. The Elevating Educators initiative was launched to celebrate and honor educators across the state and country and the community outreach Panther Caravan was implemented which includes 5 stops and 7 cities. 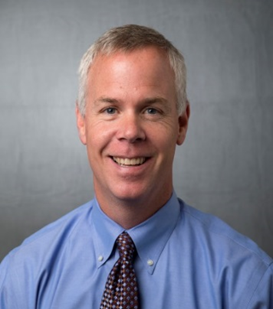 Matt Henderson was named Deputy Director of Athletics for Revenue and External Relations in August, 2021 after serving as the Senior Associate Athletics Director for the University of Iowa since 2016. In his current role, Henderson oversees all athletics department revenue generation entities and external relations in addition to providing sport administrator responsibilities for soccer and baseball.

Prior to returning to the athletics department, Henderson spent nearly 18 years at the University of Iowa Foundation, most recently serving as the Assistant Vice President for Athletics Development.

Henderson served as the UI’s assistant director of sports marketing from 1994-98. He joined the Iowa staff from the University of South Alabama, where he served as marketing and public relations coordinator in the Department of Conference Activities and Special Programs (1993-94), and assistant director of sports information in the Department of Intercollegiate Athletics (1991-93). Henderson earned his B.S. degree in physical education from Iowa (1991), and his M.S. degree in Recreation Administration from South Alabama (1993). 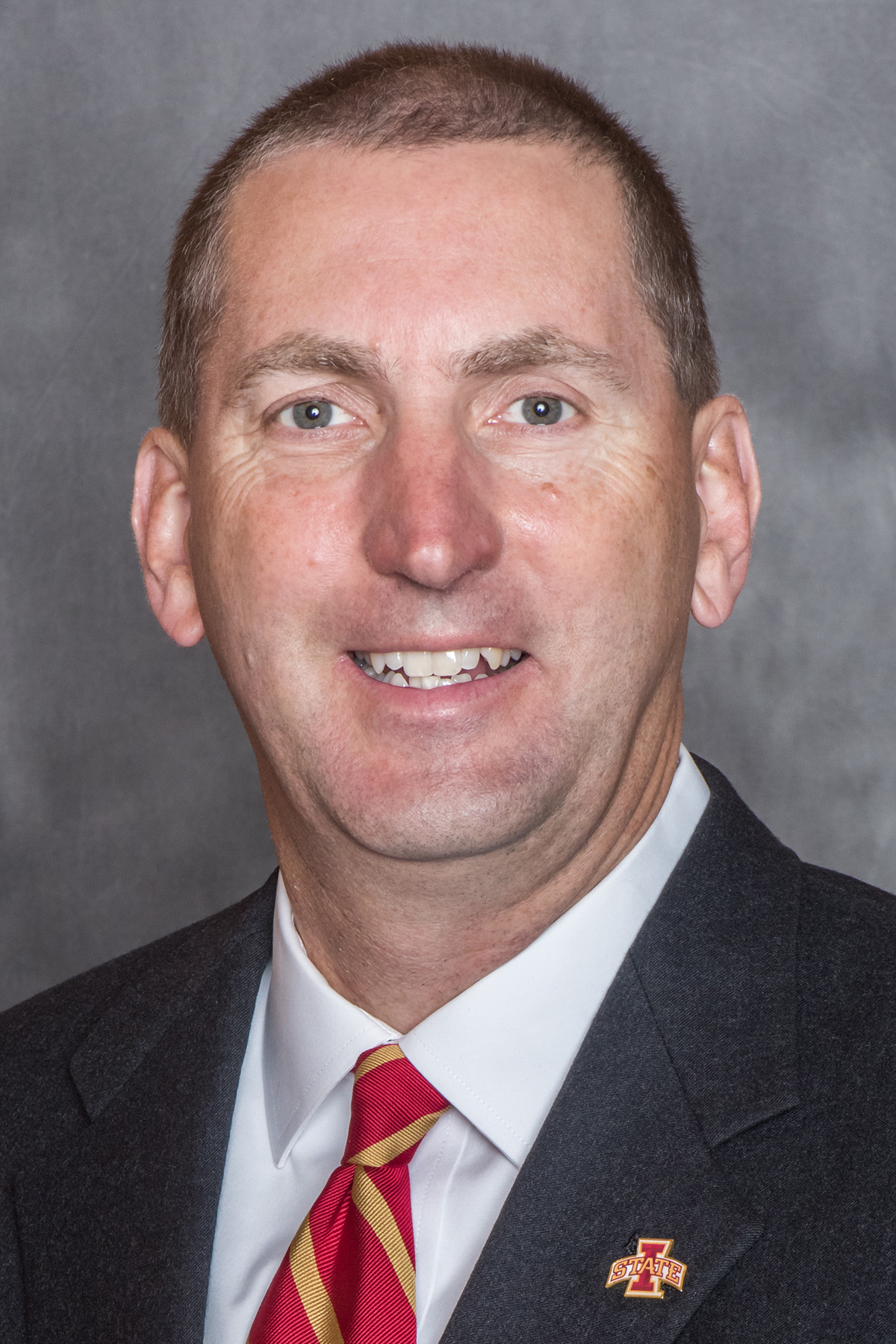 Jamie Pollard, the longest-tenured Director of Athletics in Iowa State history, is in his 18th year leading the Cyclones' 18-sport program. His vision for ISU student-athlete's academic and athletic success, coupled with an unbridled passion to execute that vision, continues to have a major impact within the campus community, throughout the Big 12 Conference and across the collegiate industry.
Cyclone student-athletes continue to thrive under Pollard's leadership in the classroom based upon the NCAA's most-recent academic metrics. ISU's 2021 Graduation Success Rate (GSR) improved for the seventh-straight year to a school-record 93 percent, which ranked second in the Big 12. Iowa State's 98 percent GSR score for its female student-athletes tied for first among Big 12 institutions, while its male student-athlete GSR of 88 percent was the league's third-best mark. All-told, nine Cyclone teams led the Big 12 with perfect four-year GSR scores of 100 percent, and ISU's single-year graduation rate was a Big 12-leading 69 percent.

Pollard, who inherited a department whose average Learfield Directors' Cup finish had been 67th with a high of 41st in 1996-97, has methodically engineered a competitive program that has averaged a final Directors' Cup placement of 48th over his tenure while producing seven Top 50 finishes, including a school-record 34th-place showing in 2009-10.

National observers have taken notice of the athletics resurgence in Ames, as Pollard was honored as the 2019 Athletics Director of the Year by the National Association of Collegiate Directors of Athletics (NACDA). He was also a finalist for 2019 Sports Business Journal AD of the Year honors. Pollard added another prestigious assignment to his resume in 2019 when he was chosen to serve a five-year term on the NCAA Men's Basketball Committee. He enters his fourth year of service in 2022-23. A member of the NACDA Executive Committee, Pollard served the 22,000-member organization as its 2021-22 President. He has served previously as President of the Division I-A Athletics Director's Association and the Collegiate Athletics Business Manager's Association as well as chair of the Big 12 Athletics Directors Committee.

A former national champion long-distance runner at UW-Oshkosh (where he is in the school's Hall of Fame), Pollard channeled his competitive drive into an athletics administration career. Prior to being introduced as ISU's 14th Director of Athletics on Sept. 19, 2005, he served in various athletic administrative capacities at Wisconsin, Maryland and Saint Louis.

Members: $29
Nonmembers: $39
Are you a Chamber member but don?t have a user ID or password for yourself yet? Click here.