When you think of women in the Greater Des Moines area who are inspiring, innovative, ground-breaking and someone you look up to, who do you think of? Our region is filled with some of the smartest women in the world. From the area's top thought leaders, entrepreneurs, community activists, and change makers, the West Des Moines & Clive Chambers of Commerce are proud to present the fourth annual Mentoring for Women. At this event, you will get the chance to learn first-hand from top women leaders in our region that have pushed the envelope for their companies and community and are working hard to make Greater Des Moines the absolute best place to live in the world. These top leaders are bringing their best advice to you -- in fast and fun coaching sessions -- to help give you the tools you need to become a leader of tomorrow. And guess what? Being a leader of tomorrow is right around the corner. Make sure to register today before it sells out!

About our Keynote Speaker, Liz Nead:
Liz Nead is an adventure speaker, traveling the world and taking on challenges to find lessons of leadership, communication diversity and inclusion. A diversity speaker and researcher for over a decade, she specializes common language and daily communication around race and cultural differences in the workplace. Liz uses a direct, humorous and vivid style from the stage to create opportunities for communication around differences Liz has also served as an executive coach and consultant for DEI challenges for companies like PayPal, News Corp, National Guard and YWCA. Liz is a television host and author, writing several Amazon best sellers, most recently “The 1440 Principle.” She also won a regional Emmy for her television show, “Life Dare.” Liz balances her passionate work with a thriving family of seven, and husband of 20 years, a retired army major. 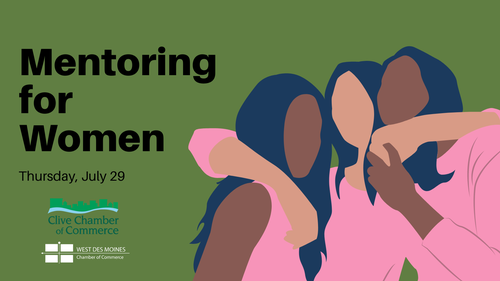 Are you a Chamber member but don’t have a user ID or password for yourself yet? Click here.